5G is the 5th generation of cellular networks. It promises to “super charge” our smart devices by providing a faster network able to move much more data, quicker.

It will allow “real time” communication between devices of the type of data that may have struggled with earlier networks burdened with bandwidth constraints. Gamers on different sides of the globe can play an online game together in real time without losing resolution or reaction time.

5G will also make virtual, augmented and extended reality viable. Until now these technologies needed to be connected to a fairly powerful computer to deliver a satisfying experience. With 5G the computing power will be on a server somewhere in the world and delivered seamlessly and without lag to the headset. Headsets are getting lighter and more capable and so these new “realities” have a very bright future.

The 5G network may evolve to be faster than “wired” networks. It may be a better choice for businesses attracted by its speed, flexibility and stability which has potential consequences for “wired” networks and the vast infrastructure they require.

5G service providers can split their service into virtual networks, offering different services to different customers with different needs. Someone providing driverless cars via the network has different needs to a home user using nothing more demanding than Netflix.

5G service providers can split their service into virtual networks, offering different services to different customers with different needs. Someone providing driverless cars via the network has different needs to a home user using nothing more demanding than Netflix.

“Beamforming” is another feature of 5G. This is the ability of transmitters to focus the signal on the receiving device making the service faster and more reliable. This could be critical where, for example, a driverless car is relying on the quality of the signal to keep its passengers safe.

In Mesh networking, every node is connected to and can communicate with, every other node. It provides ‘whole-home Wi-Fi coverage’ by using multiple nodes (also known as satellites) that have their own dedicated connection to the router. They can plug almost any black spot by creating what is essentially a Wi-Fi dome around your house.

Elon Musk’s SpaceX is building a network in space of 1,000 satellites that could cover the entire earth.

5G has the ability to give mobile phones and laptops the power and bandwidth to do anything most financial planning apps do on a server today.

Dealerships could choose their suite of apps on the cloud and change them if better options arose. “Legacy apps” that are hard to abandon should become less of a problem and the humble phone will be able to do much more than it does today.

Amazon’s Alexa allows developers to build skills and Finchat has a financial planning skill using their cloud services you can access here. If you have the Alexa app on your phone you don’t need an Amazon Echo device like an Echo Show. 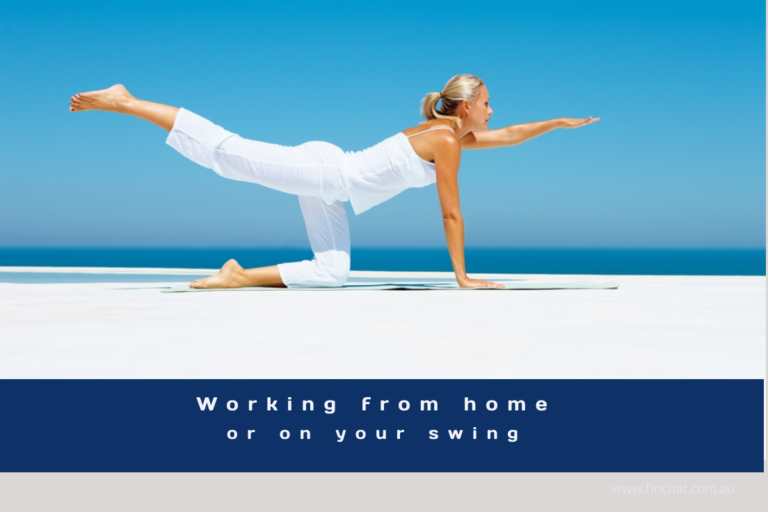 There is a theory that 20% of employees do 80% of the work. We all know the super-efficient workaholics who prefer not to delegate. What about the 80% doing 20% of the work and at home? Are they working on their golf swing? Research conducted by Croner (UK employment law specialists), found UK employees spend,…